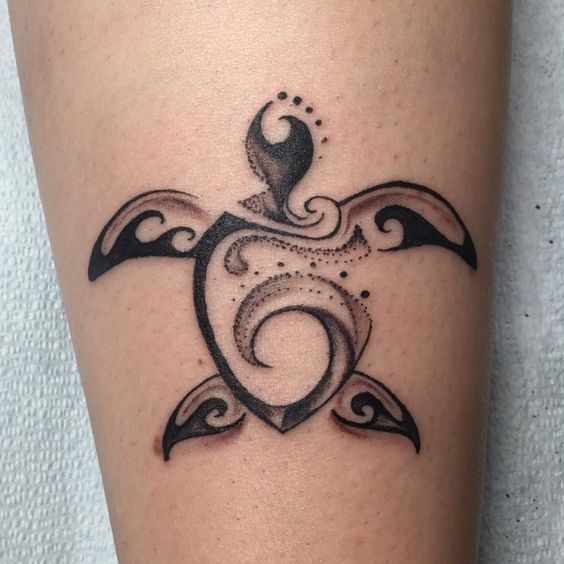 If you were thinking of getting some turtle tattoos it might be a good idea to read up on the symbolism placed upon the turtle by different cultures. Obviously the turtle is a fascinating creature, but before you get it inked onto your body, it might be a good idea to learn about the symbolism of your turtle tattoo, and what it means to have one displayed on your body.

The turtle is a very popular image to have tattooed onto the body. This is often because the shell of the turtle can be used to display a number of symbols or pictures to make the tattoo more personal. Tattoo artists love inking turtles because it provides the most room for displays of artistry.

When choosing your turtle tattoo it is important to understand what symbolism is placed upon the turtle by different cultures:

In the Far East, the turtle’s shell was seen as a symbol for heaven and the square shaped underside of the turtle was the symbol for earth. The turtle then became an animal with magical powers to unite the earth and the heavens.

In Western cultures, the Christians were not particularly fond of turtles because they saw the turtle as a symbol for wartime’s evil forces. In fact, in Greece, the turtles used to be thought of as Hell’s citizens. 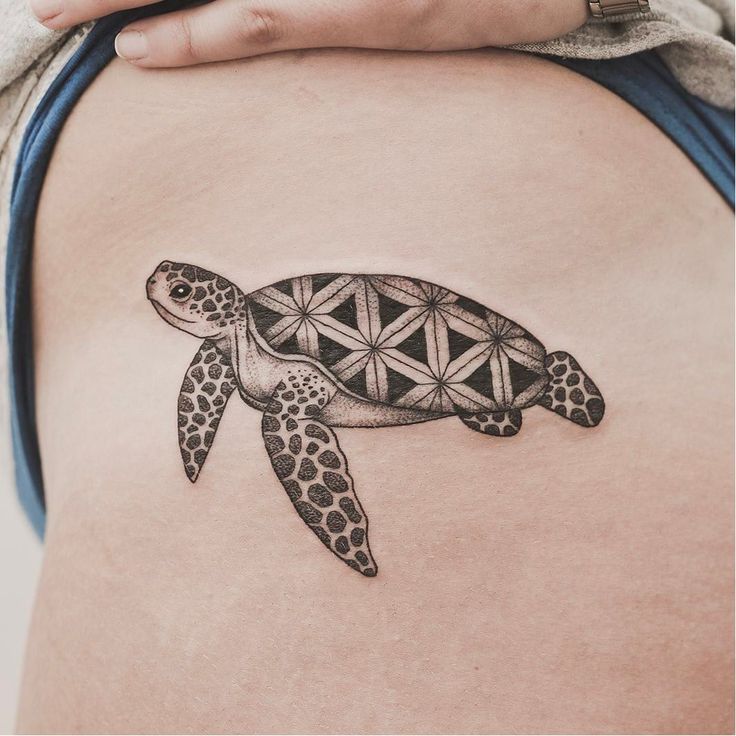 The Indians have a legend in which the world is held up by four elephants that are standing on a giant turtle.

Because the turtles live for so long and seem to be resistant to aging, many cultures view the turtle as a symbol of longevity.

Many cultures, because they believed turtles were the link between Earth and heaven, turtles used to be used as instruments of divination.

Turtles have also been seen as immortality symbols and have been seen as the being in which souls rested while they were making their way toward Nirvana (and living a series of lives in the process).

Hindus believe the turtle to be the second incarnation of the Vishnu—a powerful god.

The Native Americans believed that the turtle is the creature that swam across the bottom of the water that was spread out over the whole world. When he surfaced he carried mud that was used to make the Earth.

In fantasy circles, turtles are the keepers of the doors between the Faerie Realm and the human realm. Some people see them as a sign of a fairy contact as well as the symbol of the promise of fairy rewards.

The turtle can also symbolize Mother Earth and/or the primal mother.

Some people believe that turtles have the ability to wake up a person’s senses.

There are many turtle legends and fables (the Tortoise and the Hare, for example). When choosing what kind of turtle tattoo to get, you might want to consider looking up a few of the turtle stories that are told around the world. Or, you might simply want to project one of the beliefs listed here. Whatever you choose, remember that turtle tattoos is often seen as far more than just a picture of a turtle.

Where Do Turtles Live