You are here: Home / Turtle / About turtle / The Differences between Pet Turtles and Sea Turtles

Have you always been interested in knowing more about having a pet turtle, or wondered what the difference between an average pet turtle and a sea turtle is?

Sea turtles are found in the ocean and there are actually seven different kinds of them. These are: 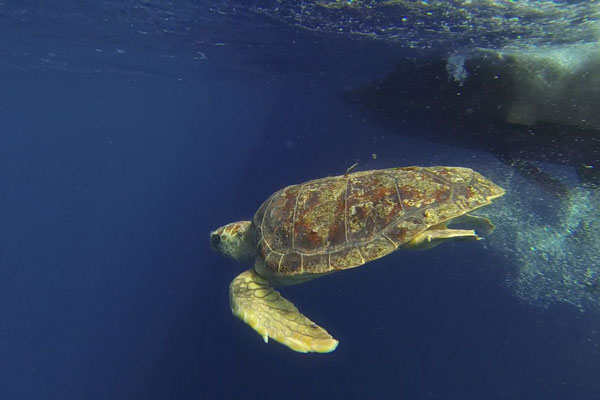 Sea turtles are known to have a life expectancy of up to a hundred years, which is longer than that of most other species of turtle. Because sea turtles have been hunted by humans all over the globe, many of them are now an ‘endangered species’; a special breed of animal protected by law to live freely in the oceans.

Pet turtles can include certain varieties of semi-aquatic or even freshwater turtles but generally the most common pets are those that live in a mixed environment.

Some of the most common breeds of pet turtles include the red-eared slider, the box turtle and the Russian tortoise. Each of these breeds requires different habitats and care, and each requires their own specific diet and environmental needs.

When deciding what kind of pet turtle would be the ideal choice for you, you should research the different kinds and figure out which one best matches the kind of care and the type of conditions that you are willing to provide for it.

Most pet turtle diet consists of fresh fruit and vegetables or just fresh vegetables. Whichever type of pet turtle you choose, you should be aware that they have a long life expectancy and will require a lot of care from you.

Although pet turtles do not need to be trained like other pets that you may have, they do require the right surroundings, plenty of fresh water and a lot of attention to them – to make sure that you detect any changes in their behavior or appearance which can help to catch certain diseases and illnesses early on.