You are here: Home / Cats / Cat Breeds / All About Siamese Cats

Siamese cats are one of the most popular and oldest feline pedigrees in the world. They are known for their svelte built, icy blue eyes, and intelligence. Many other cat breeds, such as the Birman and Oriental Longhair, have been created by cross breeding this pedigree with other breeds. While those breeds are equally satisfying pets, nothing beats the experience of caring for a true Siamese cat.

A Brief History On Siamese Cats

Like all cat breeds that have been around for a long time, the history of Siamese cats is also surrounded by myths and legends. One clear thing is the fact that these felines are native to Siam (Thailand) where they were held in the highest esteem. In fact, no one was allowed to own one except for the Royal family. Back then, Siamese cats were called Royal Points.

Owen Gould brought the first pair of Siamese cats (Pho and Mia) to England in 1884 as a gift to his sister Lilian. It is not clear how Gould was able to acquire the pair but some say they were given to him as a gift by King Chulalongkorn himself. Pho and Mia produced three litters named Duen Ngai, Kalahom, and Karomata. In 1885, the three competed and won in the cat show in Crystal Palace. Unfortunately, they died shortly after the event. Numerous Siamese cats were imported to England towards the end of the century and this prompted the formation of cat associations dedicated to the breed.

The Siamese cat breed eventually spread to the United States in the middle of the 1900s.

The Appearance Of Siamese Cats

Perhaps one of the first things that come to mind of most people when they hear about a Siamese cat is a short-haired, cream colored feline with dark points and icy blue eyes. Cats of this breed come in a wide variety of colors but their body will always be lighter than the color of their points (legs to paws, tail, ears, and snout). In addition, this breed is divided into two types – traditional and modern.

Traditional Siamese cats have a robust built and rounded heads. On the other hand, modern types of this breed have wedge-shaped heads and sleek bodies. The appearance of the two types differ greatly from each other that people who are unknowledgeable about the breed won’t be able to tell that they of the same pedigree. 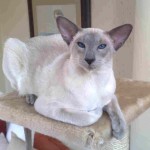 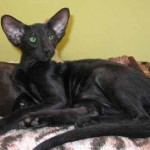 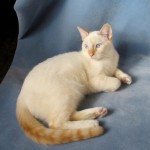 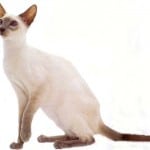 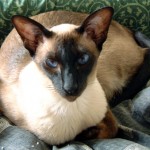 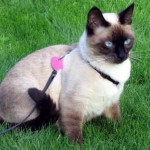 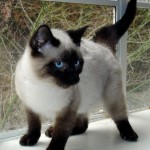 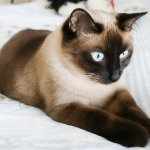 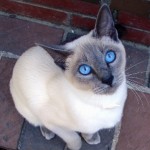 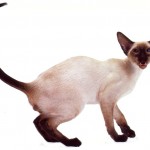 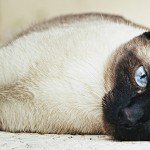 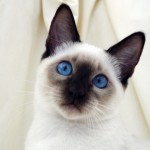 Siamese cats are creatures of habit and routine. They easily get nervous when something in their environment changes. For this reason, one must carefully consider his or her lifestyle before deciding to get a Siamese cat.

Siamese cats are very playful and love being the center of attention. One of the most interesting things about this breed is the fact that they are quite talkative. They mew when they are being talked to and even interrupt conversations as if they are trying to give their comment about what is being talked about.

These felines are very intelligent, loyal, and affectionate to the point of being clingy. They tend to form strong bonds with a specific member of the household and when they decide who the object of their affection is, they can be seen following that person around almost anywhere around the house. Siamese cats need the attention of their human companions all the time as they do not fare well when left alone.

Siamese cats can live up to 15 to 20 years if given proper care and taken to the vet regularly. They are generally not prone to diseases, but have the tendency to inherit illnesses that exist in their bloodline. It is very important to discuss possible health issues with the breeder selling the cat so appropriate measures can be taken.